Khwaaish or desire is an Indian LGBTQIA+ themed short film that seeks to show a glimpse of the life of a young middle-aged guy’s desire to find a same-sex companion in a city that continues to refuse public acceptance of alternate sexualities.  Set in the busy streets of the megacity, Mumbai, the young protagonist ventures out in pursuit of love as he walks through the by-lanes and travels in the local trains till he reaches Marine Drive for a breath of fresh air.  There, he meets an interesting looking guy he feels attracted to, the both of them have a small exchange of conversations and instantly become friends.  The film shows the deep connection between the protagonist and his new friend as they exchange affection, chocolates, and feelings of intimacy.  By the end of the film, he realises that it was just a dream and that his efforts of being with him have shattered just like the glass window pane and decides to move on with his life as the camera fades away. 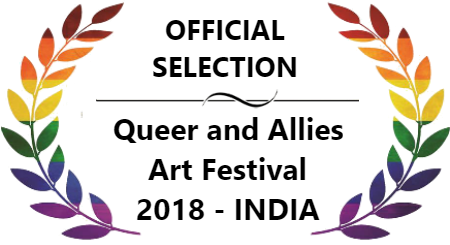