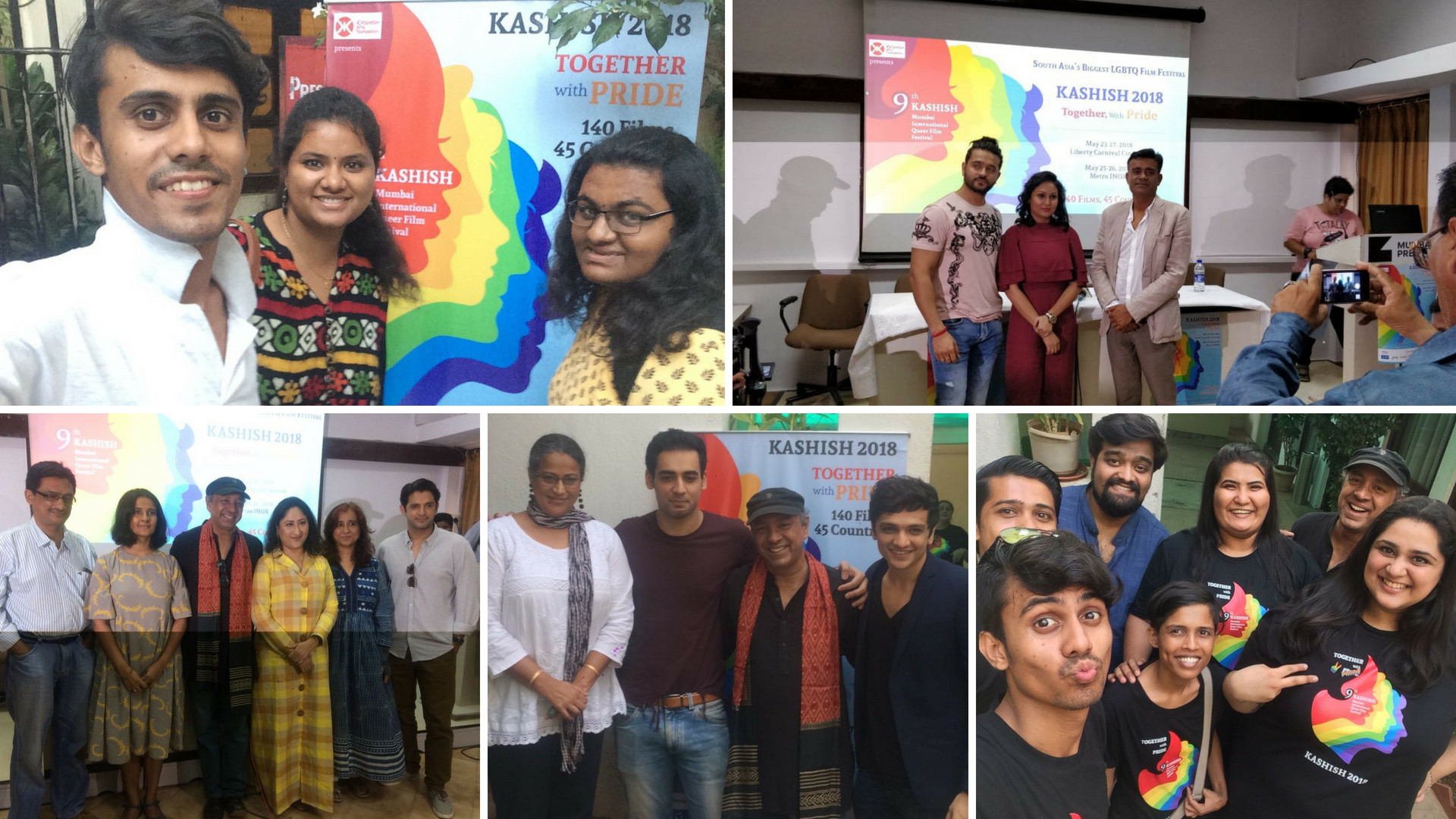 The QKnit took part in the Kashish Mumbai International Queer Film Festival (MIQFF) 2018 Press Conference at Mumbai Press Club on Wednesday, 16 May 2018.  The official trailer of Kashish MIQFF 2018 was launched during the press conference.  Director Sridhar Rangayan said, “At Kashish we believe in nurturing cinema and not only in exhibiting cinema.”

The jury members shared a bit about the selection procedure and expressed their appreciation over the level of enthusiasm and innovation by the filmmakers who submitted their work for the festival.

“Evening Shadows” will be among the 140 films to be screened at Liberty Cinema and is set to be the closing film for Kashish.  Lead actor Divyanshu Joshi shared his experiences during his shoots while Mona Ambegaonkar, who played the actor’s mother, expressed how important it is to have a supporting family in extremely tough situations.

“Khejdi” will also premier at Kashish 2018.  Ashish Sharma who played the character of Khejdi said, “Transgenders are also a part of the society as any other people!  It was my director who told me not do any research any study about Transgenders because the story is not about the trans people but that of a human, an individual!”

“Noblemen” director Vandana Kataria and actor Kunal Kapoor spoke about the journey of the movie and the situations they faced during it’s making.  Kunal Kapoor expressed his opinion by saying, “The film is something very fresh.  Something that is talked about yet not talked about!”

Suhail Abbasi spoke about “The Cover Story” saying, “Acceptance is equally important at the workplace!” The press conference was followed by a short After a Q/A round.

Kashish Mumbai International Queer Film Festival (MIQFF) is an internationally acclaimed festival that highlights queer struggles through film-making.  This year, Kashish 2018 received 1200 LGBTQIA+ based films from across the world and the jury members have finalized 140 films from 45 different countries to be screened at Kashish 2018.  India is the country in focus this year.

One thought on “A glimpse into the Kashish 2018 Press Conference: 140 films to be screened this year.”