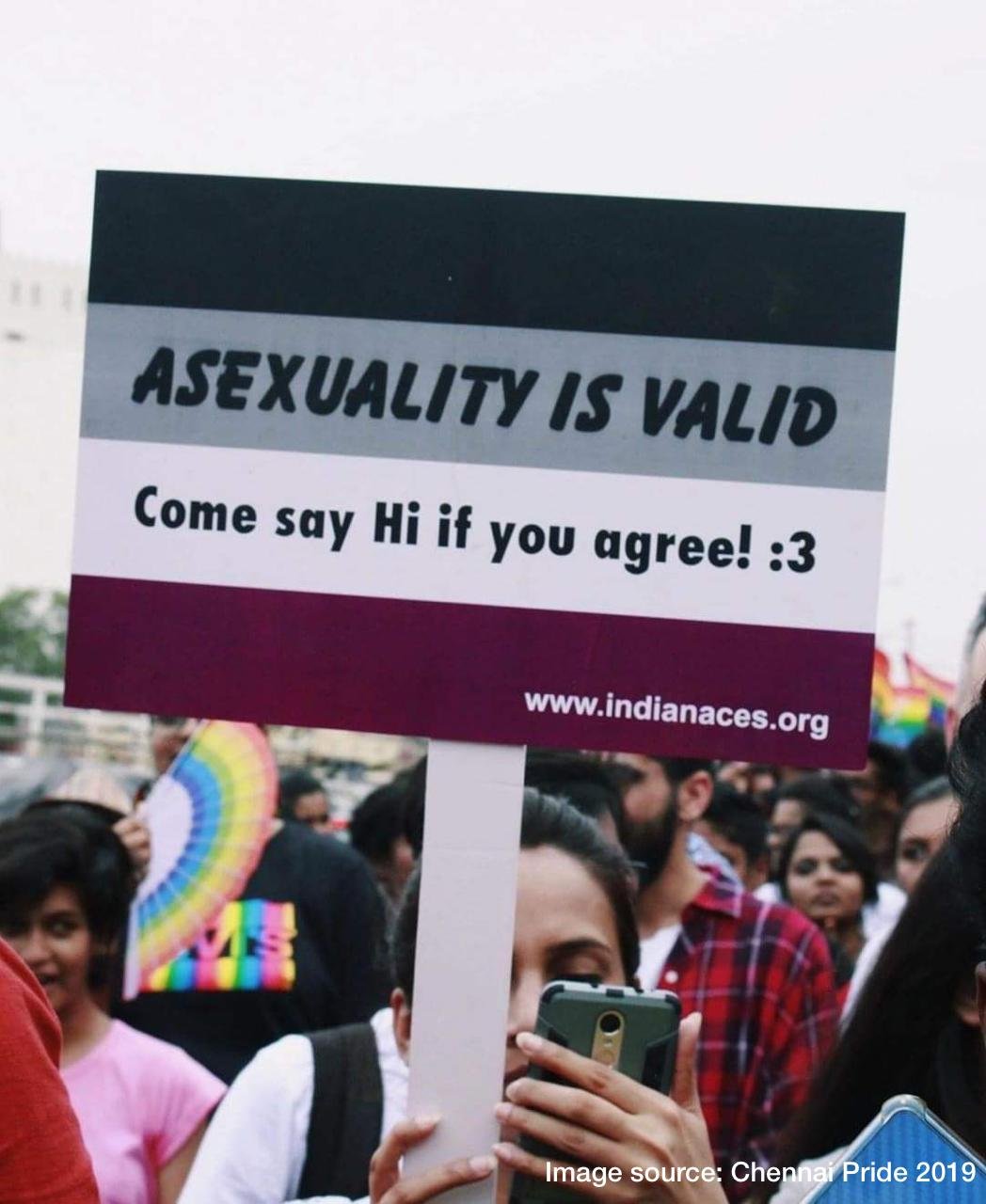 The term ‘asexual’ is defined as: ‘a sexual orientation having a lack of sexual attraction; an asexual is someone who is not sexually attracted to anyone.’ This, of course, is fluid and has a wide spectrum. As Julie Sondra Decker, in her book ‘The Invisible Orientation: An Introduction to Asexuality (2015)’ says:

“Asexuality isn’t a complex. It’s not a sickness. It’s not an automatic sign of trauma. It’s not a behaviour. It’s not the result of a decision. It’s not a chastity vow or an expression that we’re “saving ourselves.” We aren’t by definition religious. We aren’t calling ourselves asexual as a statement of purity or moral superiority. 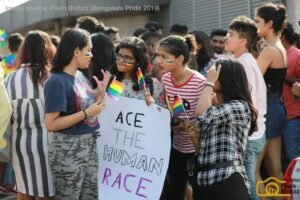 We have become extremely immune to humans being portrayed as sexual objects – hyper-sexualized and fetishized in media that we cannot fathom the idea of someone who does not feel sexual attraction. Media has also shaped the way we understand ‘romantic attraction’ and ‘sexual attraction’. Our understanding is often interwoven and we are not able to see that the two have a difference; anything beyond the ideas we have already consumed is dealt with prejudice.

In a time when sexual empowerment is being advocated, something that is not spoken enough by the community and by society is that of the asexuals. Asexuals have very little agency in India’s sexual empowerment dialogue, thus the lack of conversations about this invalidates the experiences and lives of many asexuals. Asexual positive narratives in society are few in number and so is the awareness about it. 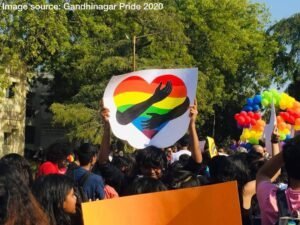 Many asexuals have had to experience domestic violence and marital rapes because of the caste, class, and patriarchal emphasis of sex and having a family. As a result, asexuals have had traumatic experiences. Other social issues- limited understanding of consent also adds to the difficulties asexuals face.

The representation and dialogue about asexuality are sometimes only limited to the abbreviation: LGBTQIA+ A community that zealously tries to include the rights of people but unfortunately, the narrative has not been inclusive of asexuals. It is problematic when the sex-positive and sex empowered community is incapable of listening, understanding, believing, and supporting people. We must be better allies and help to change this narrative.